Today was.....(Write your thoughts when you are inspired)

I wrote this down on a whim a few days ago, just because I was feeling the muse! I was feeling free and flowy and thought it should be remembered. Took me about 15 minutes while the kids played in the hose.  Then today happened.  William was up till 3 A.M.  Got up at 8 A.M. Dishwasher wouldn’t start.  Washed dishes by hand. Still had to do errands and grocery shopping (no food!) and plan primary and take dinner to my friend (no problem!) and all the other Saturday stuff. So, I am happy that I wrote this down to remind me of good days. I am going to share it, then get some brownies and ice cream and possibly pass out while I eat them.


Moral of the story: When you’re feeling inspired, don’t fight it. Find a few spare minutes and write your thoughts down. You can come back later and revise and edit.  But you can’t fix what you haven’t written down.

Challenge: Write about your day, good or bad.  Doesn't have to be flowery.  Just has to be real.  Share or don't share.  Know that you will never regret writing something down that will help remind you of your life, clear your head and pass on to the future.


Blake’s goodbye kiss, me blurry eyed and him smelling like Blake.  He told me of his plans to start putting his towel in the bathroom instead of the bedroom.  Good man.


Waking up an hour after that and not wanting to follow our original plan of going to Amish Country, but feeling like we should because the kids were planning on it.


Telling them I didn’t feel like going and them agreeing with me.


Feeling a little lost because we had a long and empty day in front of us.  Looking up places to go online and decided to let life happen instead of forcing it to happen.


Holding plank for a minute and feeling like this body has sure come a long way after four kids.


A bowl of homemade brown sugar and cinnamon oatmeal outside in the fresh morning air.  My little man William sitting next to me as he ate his.


The kids making Brooke raspberry soup and cake out of rocks and dirt and calling it her “birthday cake”.


The kids not fighting and using their grand imaginations.


Pulling weeds with the neighbor and tricking the kids into helping.  They didn’t cry.


Counting six strawberries growing on our plant, tiny green and hoping for red.  I really don’t mind that strawberries can take over like a weed. I am sure we will eat them all.


Cutting into the reddest watermelon I have ever seen.


Threatening the kids with more chores if they didn’t finish their chores without complaining.


Deciding that the “no TV till 4 pm rule” was stupid.  And that we can watch when we want and need to.  The kids watched an hour and a half in the morning and nothing else the rest of the day.  They didn’t miss it.


Feeling that too much structure and rules can make for a miserable family.


Listening to Harry Potter in the car and loving the magic and the magic of passing it on to my kids.


The quiet that books on cd create in the car.


Meeting Blake for lunch at Culvers, a nice change from my normal salad.  And getting a free chocolate reeses ice cream.  Man, that was worth it.


Throwing Brooke’s melted leftover ice cream in the garbage because she wouldn’t stop teasing William.  She didn’t even remember that it had been thrown away.


Being happy that I stuck to my word on this one.


A great quiet time where I read two chapters of a book that has been taking over my life, The Mysterious Benedict Society, (you must read this!) and taking a ten minute power nap, when the adorable mail lady knocked on the door to scan a package she missed.


A tiny bit of mascara, under eye concealer and lip gloss, because a summer tan is the best make up.


Spencer telling me, “Today is a good day for lemonade.”


Hailey doing an ocean mobile project and feeling happy because it felt like a school project.


Making blueberry muffins with blueberry jam and a lemon sugar topping with Spencer and Brooke.  And I was patient the whole time.


Making no bake granola bars with Haile and her doing most of the work and the taste testing.


Rubbing William’s back in his bed after nap and him loving every minute of it.


Not having to make dinner because my friend is watching the kids while I try out hot yoga for the first time.


My friend saying they can come over and play AND eat pancakes with them.  Homemade pancakes.


Getting sprayed with water while I wrote this because the kids were playing with the hose while fully clothed.


Not caring that they made my laundry pile bigger.


Spencer liking the shirts I got for him for an awesome deal at Kohl’s.


Writing this with pencil and paper because I can’t find my computer and realizing how much I miss scribbling away.


William rubbing my leg and saying “wet” in a sweet baby voice.


Ignoring a schedule and not stressing about a timeline.


William playing cars by me while I exercised.


Talking to my sweet and calm friend, 6 months pregnant, and still in control of her emotions.  A true example.


Completing hot yoga and not feeling silly even though the other people were ten years younger and fitness is their life.
Being happy my friend Danielle came with me because she isn't serious either!
Being happy they turn off the lights during hot yoga.


Having a bit of a hard time relaxing during yoga because I know I will have to drag the kids away from their friends.


Dragged the kids away without too much pain.


Bedtime stories, snuggles and prayers.  My favorite part of the day.


Watching America’s Test Kitchen with Blake, because he knows I love it.


Pinning all of their recipes.  Even though each one is a million steps.


A feeling of knowing I am doing this mom thing. I am doing it imperfectly, but I am doing it.  I am trying and persevering, falling and getting back up.  I am starting to understand my purpose more fully and I am assured it is because I have been praying for it. 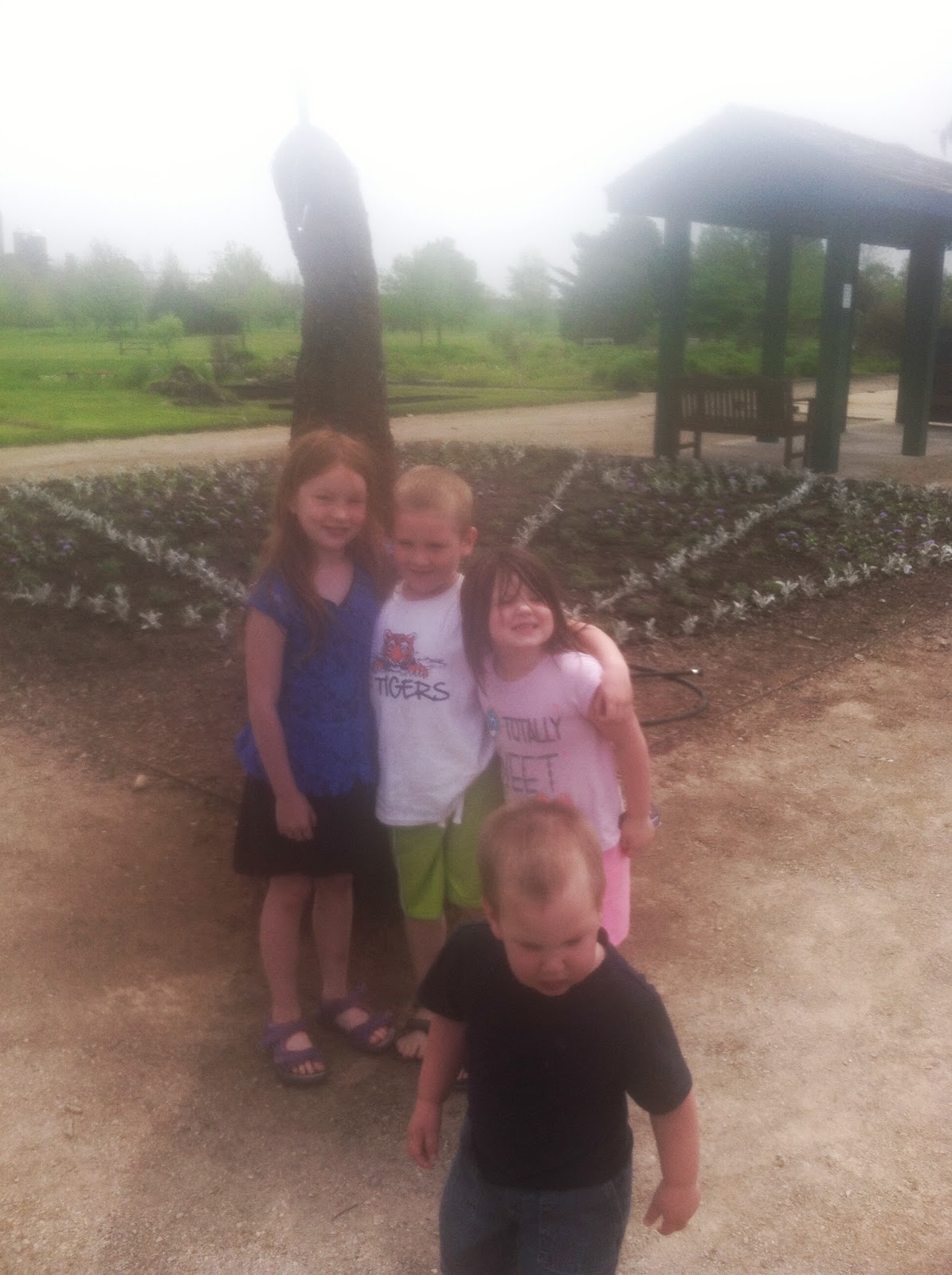 Our best attempt with four.  At some gardens 20 minutes from us.